Consider this: what is the common denominator between a teacher removing a child from her peers, a religious institution excommunicating a deviant member, and a husband giving his wife ‘the silent treatment’?

Answer: all three practices are ostracism tactics that have withstood the test of time, across cultures and religions. They have survived because exclusion is an unbearable threat. Our species are hardwired to respond acutely to any signs of excommunication, because from the beginning of time, any sign of rejection by the tribe carried the threat of being physically banished from the community, left to fend for ourselves in harsh circumstances. From an evolutionary perspective, you’re one of the tribe or you perish.

Dr. Kipling Williams, a leading researcher on Ostracism, speculated that humans are equipped with extremely sensitive sensors for detecting even the most remote signal of potential removal from the tribe. He set up fun experiments where, for example, an unsuspecting subject walks into an elevator and either gets acknowledged by those already riding in it (‘inclusion version’), or is ignored by them (‘ostracism version’). Surprisingly, even in such seemingly inconsequential circumstances, those who were subjected to the ostracism version showed a momentary downturn in mood immediately afterwards.

In a series of ‘cyberball toss’ experiments for which he became known, Dr. Williams and his colleagues placed a subject under an fMRI and asked him or her to play a game of virtual toss-ball with two other people. Those fictional people were  represented  by cute little animated screen figurines. When the other players excluded the experiment’s subject from their game for as little as three minutes, the subject’s Anterior Cingulated Cortex (ACC) became fired up, exactly as it would have flared up had someone smashed their finger with a hammer (see Williams’ research images below). Just imagine, all fired up because of a totally inconsequential game, played for less than three minutes, with imaginary people you can’t see and will never meet! 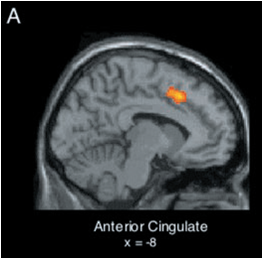 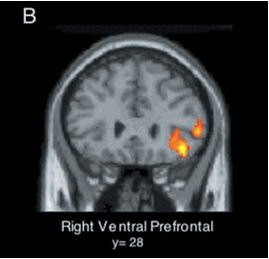 The recent research on ostracism, social exclusion, and rejection consistently demonstrates that even seemingly insignificant rejection experiences create a temporary state of misery, real pain, stress, sadness and anger, along with lower levels of belonging, self-esteem, control, and meaningful existence.

Next week:  those typical workplace situations that will predictably and reliably produce ostracism experiences.