Do You Too Strike Back in the Afternoon? 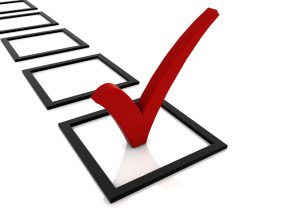 Does experiencing incivility from a co-worker in the morning lead to you behaving in an uncivil fashion in the afternoon? New research suggests that this is exactly the case.

The results? The research found that “experiencing incivility earlier in the day reduced people’s self-control, which in turn resulted in increased instigated incivility later in the day.” In short, when someone is uncivil to you in the morning, you are more likely to be uncivil in the afternoon.

This latest study adds an interesting layer to current knowledge about the dynamics of incivility. I’ve already shared previously how the “spiral effect” plays out: someone is uncivil towards you and in your frustration or upset you too engage in incivility. For example, a co-worker makes a dismissive comment about your work in a meeting and you in turn vent to others about it (=gossip), or give the instigator the silent treatment for a day or two, or perhaps you knock down their idea during a subsequent meeting in an effort to exact justice and balance the ledger.

What this study highlights is yet another way in which the spiral effect manifests: experiencing incivility from person A might lead us to be uncivil to a totally unsuspecting and innocent person B.

With this in mind, I would like to offer a personal exploration question: When we (you, me) experience incivility, how can we manage the potent cocktail of emotions that is likely to emerge in such a way that we do not resort to retaliation, or to being uncivil later toward an innocent third party? What do we need to do or think right then and there so that we can hold on to our own civility, equanimity and resilience?

On a different note: due to a technical glitch at our end, many of you experienced difficulties in accessing the previous blog post, How to Look for Civility in Job Interviews. So here’s the proper link. Enjoy!

And as always, please don’t hesitate to contact me directly to discuss our workplace civility training workshops or how to help an abrasive leader, anytime.