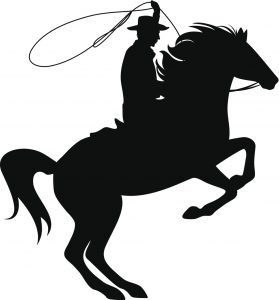 Steve discovered that he loves his new job on HoCal’s sales team right from the get-go. People are so authentic—how refreshing! Nothing like his old stuffy job! When frustrated, people at HoCal use juicy language, and when they don’t like someone, they unceremoniously tell them off. Feeling right at home, he’s excited to settle in.

That very day, Kyshel is dismayed and appalled on her first work day on the same team. It’s the Wild West! People curse when they’re frustrated and are outright rude to colleagues, telling them off at whim. She immediately starts searching for a new job.

Academic researchers tend to define workplace incivility as behaviour that is “in violation of workplace norms for mutual respect.” In other words, we perceive a behaviour as uncivil when we think it violates the specific workplace’s shared understanding of morality, respect, dignity and community. Steve’s pre-existing mental schema of a desirable workplace aligned with the reality he experienced. Kyshel’s expectations for respect and civility were entirely different, and she reacted accordingly. Chances are that if she chose to remain in that job, her mental schema would over time adapt to the culture and she too would develop a thicker skin and no longer view the behaviours that repelled het initially as problematic. (Has that ever happened to you?)

Norms—and the perception of norm violation—vary greatly across cultures, sectors, geographical locations, and of course the specific nature of any organization or team. For example, some might accept quite readily free-flowing foul language in the context of a mining site, military unit, or on the stock trading floor. Conversely, many might be entirely appalled to encounter that same pattern in the context of an agency providing homecare services to the elderly or at a bank branch.

Remember the philosophical dilemma that if a tree falls in a forest and there’s no one around to hear it, does it still make a sound?

In a similar vein, if someone dismisses, excludes, belittles, or otherwise mistreats others, and the organizational norms say it’s okay, is it still okay?

My answer is no, it is not okay. First, no one likes to be treated badly, regardless of the organizational norms. (Show me a person who feels good when someone rolls their eyes at their idea or contribution, or one who appreciates others’ gossip about him or her.)

Second, incivility affects performance. I have yet to see a person who can perform at their best, consistently and without even a fleeting dip, when treated in an uncivil fashion. Even our Steve, who expects to have fun and thrive in his new uncivil workplace, could find himself in this predicament.

Third, civility is good for business. Uncivil behaviour amongst employees will affect customer service, force good people like Kyshel to leave, and much more.

Of course, things are far from black and white, and I’m the last person to preach for a Pollyanna-like approach. My point is that while there definitely is a need to consider context as part of the equation, an organization should also keep its eyes firmly on the goal: to create a workplace that is rooted in kindness, showing regard, respect, and trust. Once you start subscribing to “workplace norms” and incivility-enabling beliefs such as in our sector it’s okay, or in our line of work we can be uncivil, it becomes a slippery slope.

On a different note:

Thrilled to share that Bar-David Consulting has received the 2017 Canadian HR Reporter Readers’ Choice Awards. This awards program recognizes best providers as seen through the eyes of the magazine’s readers.

Having collaborated and contributed to the Canadian HR Reporter magazine since 2008, we are especially honoured by this recognition. A special thank you to Todd Humber, the magazine’s Publisher/Editor-in-Chief for his ongoing support, wisdom, and friendship.

Check this web page for links to some of the articles, commentary and webinars we’ve collaborated on with the Canadian HR Reporter over the years. And please join me on September 12 on my Canadian HR Reporter webinar, The Challenge of Abrasive Leaders: Finding a Better Way.