Is the Road to the Workplace Investigator’s Office Paved with Good Intentions?

For those of you who mean well when you tell certain jokes — or for the leaders among you who manage people whose comments or jokes make you ponder whether or not they crossed the line — this post is for you.

Recently, several people have asked me about the role that “intent” plays vis-a-vis workplace harassment. That is, how important is the intention behind the questionable behaviour? 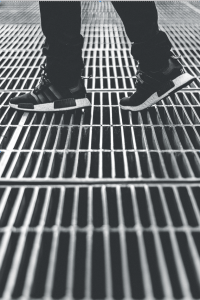 Say, for example, that you like bringing the latest cheerful ethnic jokes to work. You do so to lighten the pressure on your stressed-out co-workers. Everyone loves and encourages these tales.

Well, maybe not everyone. One teammate is upset by the atmosphere the jokes create and takes the issue to a manager.

Now, hop into the manager’s shoes for a moment. Here’s an employee whose goal is to be helpful, who beams with good intentions. Still, you are acutely aware that comments or jokes based on ethnicity (or race, gender, age, disability, etc.) are prohibited under the laws of the land. Moreover, jokes like this breach the organization’s harassment policy. How much weight — if any — should you place on the intent behind the employee’s behaviour?

Let’s take a step back and scan the bigger picture. When managers (or HR professionals or workplace investigators) tend to harassment-related matters, they inevitably
work through two stages:

Stage 1: Determining if the behaviour actually qualifies as “harassment.”
Stage 2: Deciding on consequences.

In Stage 1, where the organization is trying to determine whether or not harassment occurred in the first place, intent plays no role. The focus here is on the appropriateness of the behaviour in light of legal standards, organizational values, and corporate policies.

It wasn’t always like this. In the not-so-distant past, another element played into the equation. It was common to factor in the behaviour’s impact as part of the deliberations on whether or not the conduct in question met the bar for “harassment.”

The logic was: if no one in the work environment was upset by the behaviour, there was no problem. That’s how behaviours that nowadays are a big no-no persisted in workplaces for decades — think sexually loaded comments, nudie displays, or decision-making based on age or gender…you get the drift.

It was common practice even a decade ago for managers to act on bad behaviour only once there was proven “impact” in the form of a lodged complaint; there was no explicit obligation to do anything without a complaint in hand (except in really blatant instances). Today, managers are expected to take a proactive approach, acting early on emerging issues, sometimes even correcting behaviour in public.

Now, back to your role as the imaginary joke-teller: In all likelihood, your repeated ethnic-based material will be deemed as “harassment” — most harassment policies explicitly prohibit jokes or comments made on the basis of ethnicity and its likes. If you didn’t know your habit was problematic, there still is the assumption that you ought to have reasonably known anyway.

Thankfully for you, it may not be complete doom and gloom. There’s still Stage 2, where your intent might actually matter.

In this stage — when it comes to deciding on consequences — your lack of mal-intent might affect the outcome. For example, you might receive a lighter result such as one-on-one sensitivity training or a frank talking-to rather than, perhaps, a lawyer’s one-more-incident-and-you’re-out letter.

Still, your intent is only one piece of the puzzle. It’s no longer only about the intention behind the behaviour and the impact it has on those directly affected by it. Today’s employers tend to look at a much broader landscape, examining matters such as:

All this can get quite complicated. But the harsh reality is that good intentions are no longer enough to override questionable behaviours.

So here’s my simple, bottom-line advice:

First, stay out of trouble. Be good to yourself (and others) by avoiding anything that you think could reasonably be perceived as disrespectful. You can also help teammates avoid getting into trouble by becoming a more active, constructive bystander.

Second, if you’re a manager, help your people stay out of trouble — be proactive. Don’t be like the manager in the above case, who could have and should have taken action on the ethnic jokes well before the joke-teller got into trouble. And don’t forget to always be a great role model and conduct yourself in ways that maintain your own good reputation!