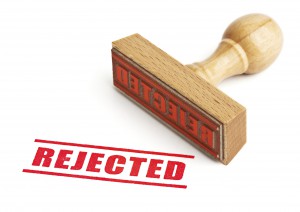 Can pain medication help when you’re feeling rejected, left out, or ostracized?

I know, I know — at first blush, this idea sounds far-fetched, even ridiculous. But bear with me for a moment and consider this: rejection hurts. It really does. Research by Professor Kip Williams and others continuously demonstrates that social rejection activates the same brain regions that are involved in physical pain (check out this previous blog post — Eye Rolling: A Health Hazard?). Even marginal ostracizing experiences with strangers trigger this reaction, if only briefly. This response is detected in functional MRI scans, in the same way that physical pain shows up in these images.

So if rejection fires up the brain’s pain centres, then the question arises: Can you diminish feelings of rejection by taking a painkiller?

In yet another fun addition to the body of research in the field of social ostracism, a group of researchers set out to find the answer to this exact question.

Here’s what they did: They gave a group of folks over-the-counter Tylenol daily for three weeks, while another group received a placebo. They then explored the extent to which each group experienced social pain on a daily basis.

And here’s the fun part: those who received the Tylenol reported less social pain than the placebo group. Furthermore, the researchers followed previous studies that used fMRI machines to trace brain activity when people play Cyberball, an online game that Dr. Williams developed. In this game, a study subject takes part in an online toss-ball activity with two imaginary players who, after several throws, stop tossing the ball to the study’s subject, thereby creating a rejection experience.

What they found (surprise!) was that for those who received the painkillers, activity in the parts of the brain that respond to pain was reduced, even when subjected to rejection during Cyberball.

So what does all this mean? I leave it to you to draw your own conclusions, but here are a few questions to ponder:

And last but not least, make sure to have a Tylenol handy, just in case!

Contact us anytime — I always love hearing from you!