I sometimes get asked about the relationship between micro-inequity and workplace incivility. With current racial tensions and police bias in the USA in the background, let’s take a look at this question.

Micro-inequity refers to the subtle, often unconscious ways in which individuals are devalued, overlooked, ignored, or otherwise discounted based on an unchangeable characteristic such as race or gender—through facial expressions, gestures, tone of voice, choice of words, nuance, and syntax (Wikipedia). Workplace incivility, for its part, refers to low-intensity, seemingly insignificant behaviour that is rude, inconsiderate, discourteous, or insensitive with ambiguous or unclear intent to harm. 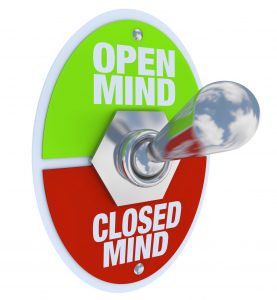 Clearly, there is a significant chunk of workplace interactions that would readily qualify as both uncivil and micro-inequitable. Think, for example, about a person affected by Asperger’s or one with a strong accent whose contribution in a team meeting is overlooked or ignored as people move impatiently to the next person’s idea. Or consider the young female whose work is continuously dismissed by a middle-aged male colleague. Do these comprise plain old incivility activities or are these actions propelled by (conscious or unconscious) bias that is based on the group to which they belong?

Well, we will probably never know. In fact, the perpetrator might not be aware of his or her own bias. We don’t always know our own heart, particularly the darker parts of our hearts. And there are so many variables in a situation that it is close to impossible to decipher the extent to which prejudice and bias are at play. This is especially true when based on a single interaction.

I consider incivility an “equal-opportunity offender.” That is, we can be uncivil to people anytime, anywhere, and regardless of who they are or what they did (or didn’t do) that may have triggered our uncivil conduct. However, incivility certainly can be rooted in some ingrained bias related to particular groups. And it is precisely in that junction that it converges with the concept of micro-inequity.

We humans have a tendency to feel more at home with those who are like us, and less comfortable and possibly suspicious or even fearful of the “other.” We possess an inclination for bias, even if we truly and wholeheartedly want to be unprejudiced and enlightened and treat everyone as equal. The true challenge is: How do we deal with these internal biases within ourselves, and, more importantly, how do we make sure that we do not act on them, even if only in subtle ways that might show up as micro-inequities?

(Before going further, I feel compelled to comment briefly on the impact to the person on the receiving end of these micro-inequities. They might seem minute to an observer, but for those being affected, there is nothing “micro” about these seemingly insignificant behaviours. They hurt and sting and upset and humiliate in ways that cut to the core of one’s emotional and physical being.)

So let’s assume for a moment that you and I want to do better and avoid acting on our bias through micro-inequities.

The place to start is by knowing thyself. Below are some questions to ask yourself when you are working with someone who is different from you by virtue of them belonging to a group whose characteristics are unchangeable. These questions offer you ways to recognize that you are possibly under the influence of bias.

If you answered yes to any of these, what a gift! You now have the beginning of a thread to work with and grow from. Embracing our fallibility and moving beyond it to true awareness and enlightened action is a lifelong journey. At least for me.

This is the last blog post before the summer holidays. Happy summer!